All About Mrs. Worden 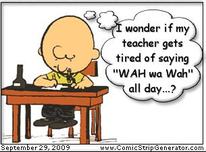 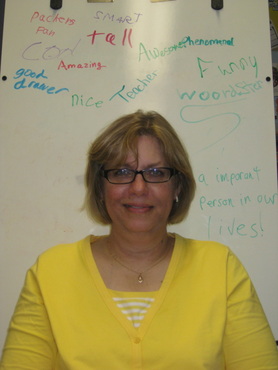 I was born in Manchester to Carl and
Evelyn Fuelster. I attended West Delaware Schools where my dad taught Industrial
Arts at the high school and my mom was the secretary at the junior high/middle
school. I have one younger sister, Kathy (Sam), who is now a nurse at University
Hospitals & Clinics in Iowa City.

I graduated from the University of
Northern Iowa with a BA in Elementary Education. My teaching career began at St.
Joseph School in Earlville, and I taught there until the school closed in 2006.
I was then very fortunate to obtain a position as a fourth grade teacher at St.
Mary's. In 2006, I also earned my Master's degree in Educational Technology from
UNI .

I live in Manchester with my husband,
Jon. He works for Lewis Bins+ and coaches freshman football at West Delaware. We
have a dog named Owen and a cat named Baxter. Jon's daughter, Angie, has
blessed us with two granddaughters, Isabelle and Avery. We really enjoy spending
time with them. We also spend a lot of time attending sporting events. We have
season tickets to the Iowa Hawkeye football games and have a attended a Green
Bay Packers game on occasion.

Here's a video of our trip to Lambeau in
the fall of 2010. I won the Packers Package in the school raffle. It was
awesome!!